Operation Move-In: El Comité, and Tenant Organizing in the Upper West Side and Morningside Heights in the 1970s 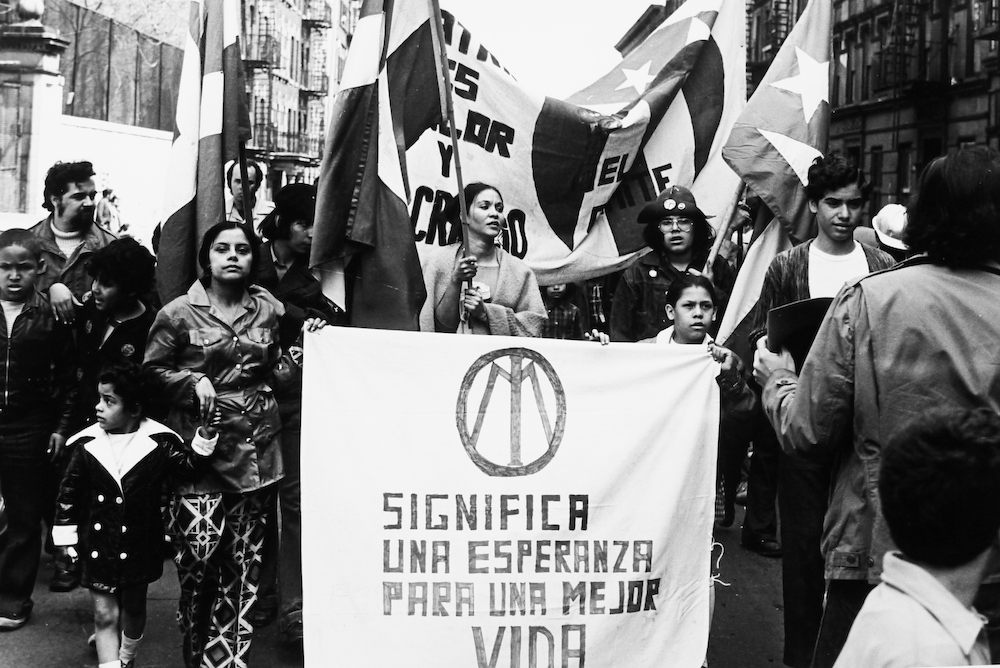 In spring 1970, Manhattan’s Upper West Side and Morningside Heights witnessed the blooming of a vibrant, intergenerational, multiracial squatters movement. Organizers, mostly Black and Latinx, coordinated the takeover of vacant buildings, many of which were slated for demolition by the City. Among the tenants were migrants from Puerto Rico who were US citizens from an island under U.S. occupation, as well as migrants from the countries of Haiti, the Dominican Republic, and Cuba. In some cases, these tenants were refugees of American occupation and US-backed dictatorship, and in other cases, they had arrived in New York as economic migrants, fleeing the disastrous collaborations of US capital. Tenants’ building takeovers followed years of racist urban renewal plans—in actuality, these urban removal plans left Black and Latinx residents struggling in unlivable housing conditions, facing evictions, displacement, illness, and death. Although tenant and community groups had attempted to negotiate with city officials for access to safer and more affordable housing, the City made promises of public housing that never materialized.

In April 1970, a 15-year-old child named Jimmy Santos died of asphyxiation from carbon monoxide poisoning in his family’s 106th Street apartment after their landlord refused to fix a boiler. In grief and solidarity, community members organized a funeral march for Jimmy. On the way, marchers stopped by the Santos family apartment to pick up furniture and belongings to move, by foot, to a new building. Thus began a squatting campaign the organizers named Operation Move-In. 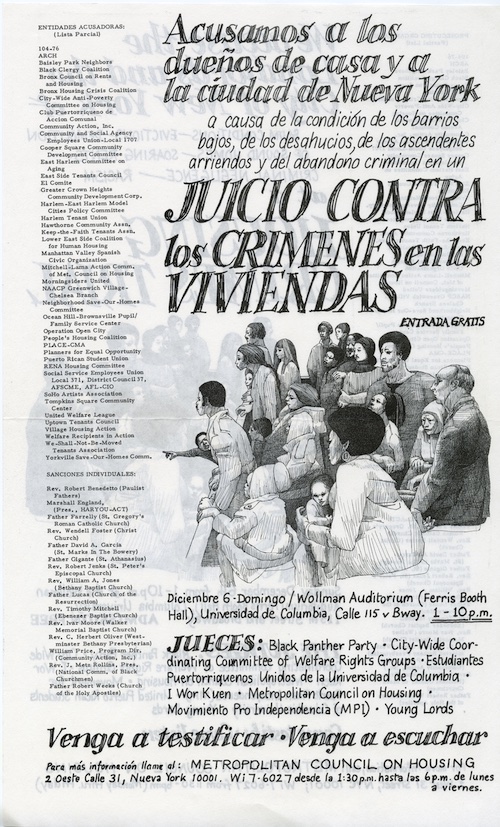 This squatters movement grew from four families to over 190, with building takeovers focused on Site 30 of the Upper West Side Urban Renewal Area and also extending to sites in Morningside such as two buildings at the intersection of 112th Street and Amsterdam Avenue, 1046 Amsterdam Avenue and 500 West 112th Street. Squatters channeled creativity and care into their everyday operations, organizing mutual aid projects like childcare collectives and community kitchens for residents whose apartments lacked refrigerators and stoves (due to the City’s removal of these fixtures in the demolition process). Other projects included volunteer medic training by local doctors, and the publication of a paper, Unidad Latina, by a radical political organization that grew from Operation Move-In: El Comité. Operation Move-In and the work of El Comité have left a lasting legacy in movements for housing justice. Some examples include Moms 4 Housing, an Oakland-based collective of houseless and marginally housed mothers reclaiming housing for their communities from speculators and profiteers, and the Kensington Welfare Rights Union, a multiracial organization by and for poor and unhoused people in Philadelphia.

“Wherever the city sets up urban renewal programs, it removes working people and poor people from their homes and replaces them with rich people and big businesses. This is what’s happening all over the city. It’s paid for by the government.”