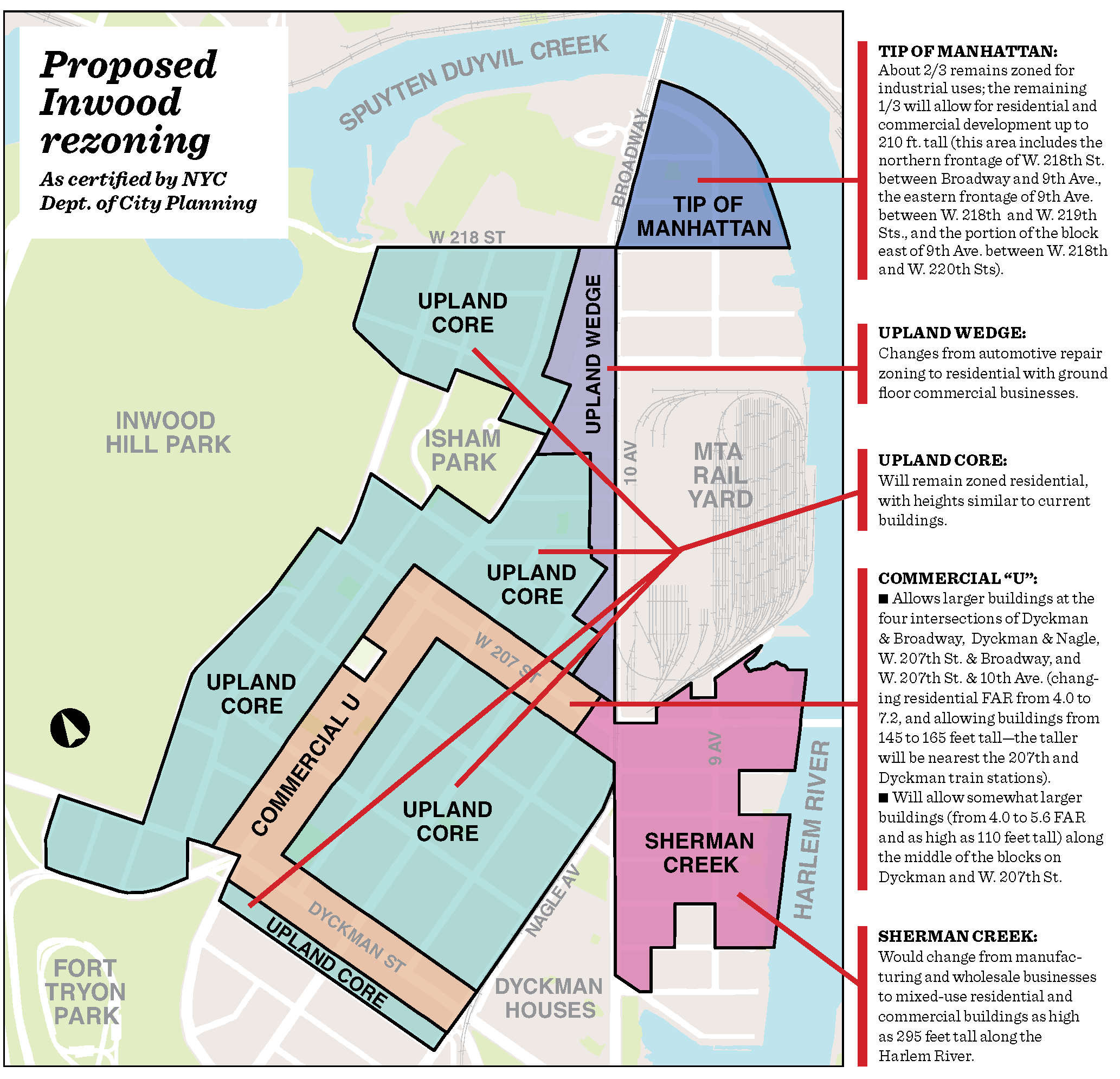 Situated at the northern tip of Manhattan, Inwood is a low to middle- income neighborhood where many residents are Latinx with a large population having Dominican heritage. In recent years, publications like the New York Times have named Inwood as one of the last affordable neighborhoods in Manhattan.

In 2015, Mayor Bill de Blasio began work on his plan to address growing income inequality and affordable housing disparities throughout New York City. De Blasio looked to do this through neighborhood rezoning and Mandatory Inclusionary Housing, a program that requires developers to include affordable housing in rezoned areas. De Blasio’s proposed rezoning plan for Inwood aimed to boost residential and commercial development, especially in more mixed-use and industrial areas. 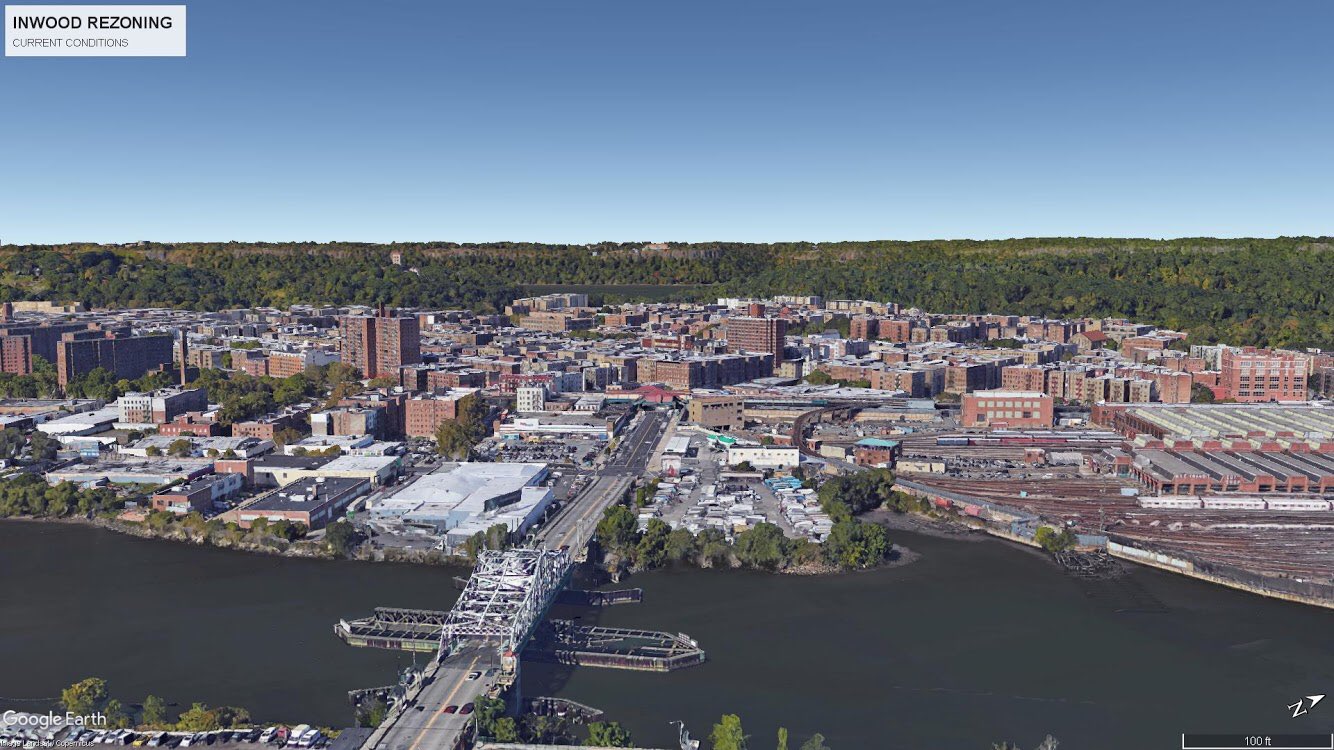 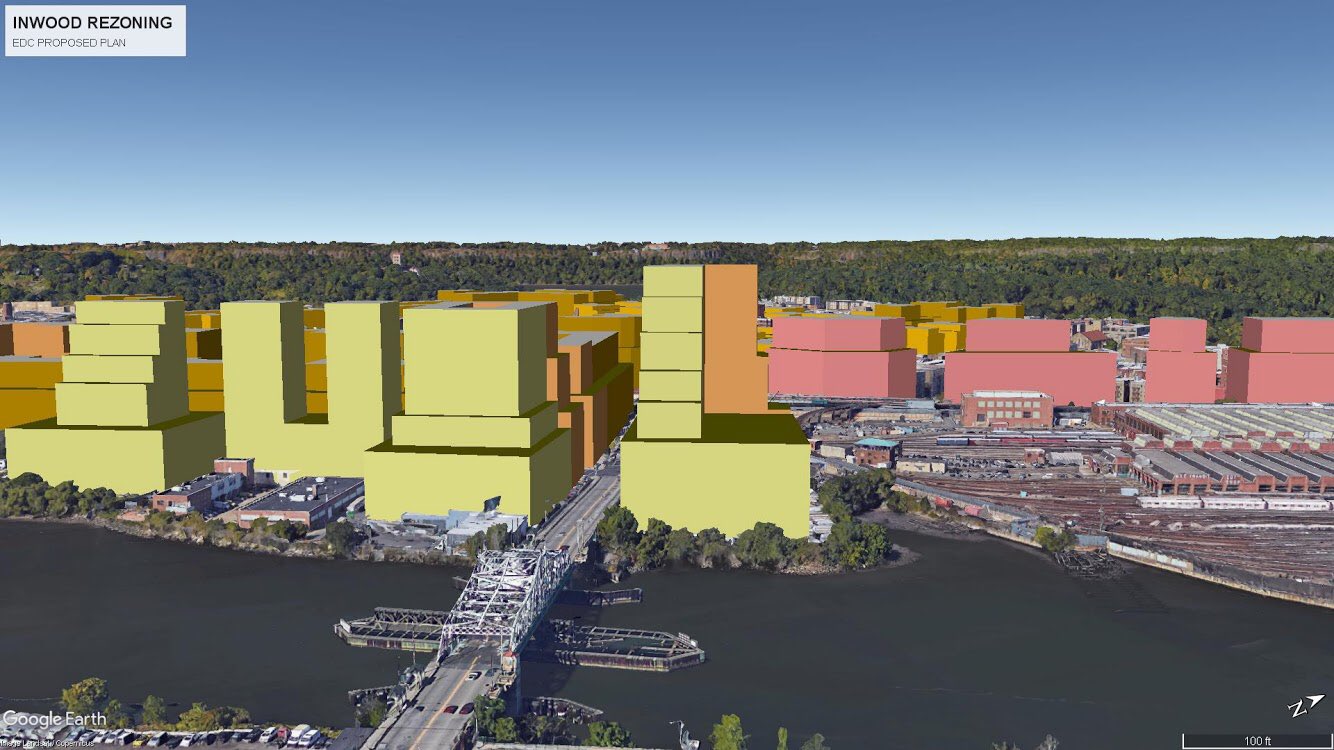 Many residents came together through groups such as Northern Manhattan is Not for Sale/Alto Manhattan No Se Vende and Inwood Legal Action to resist the rezoning on the basis that it would not create truly affordable housing and instead would lead to gentrification. Not only did these groups amplify community dissent with actions such as the #OccupyRezoning sit-in at City Council Member Ydanis Rodriguez’s office, they also provided an educational space where residents could learn more about the rezoning or other community advocacy tools like Community Land Trusts. Overall, residents have shown up, voicing their concerns and opinions about the future of their neighborhood. 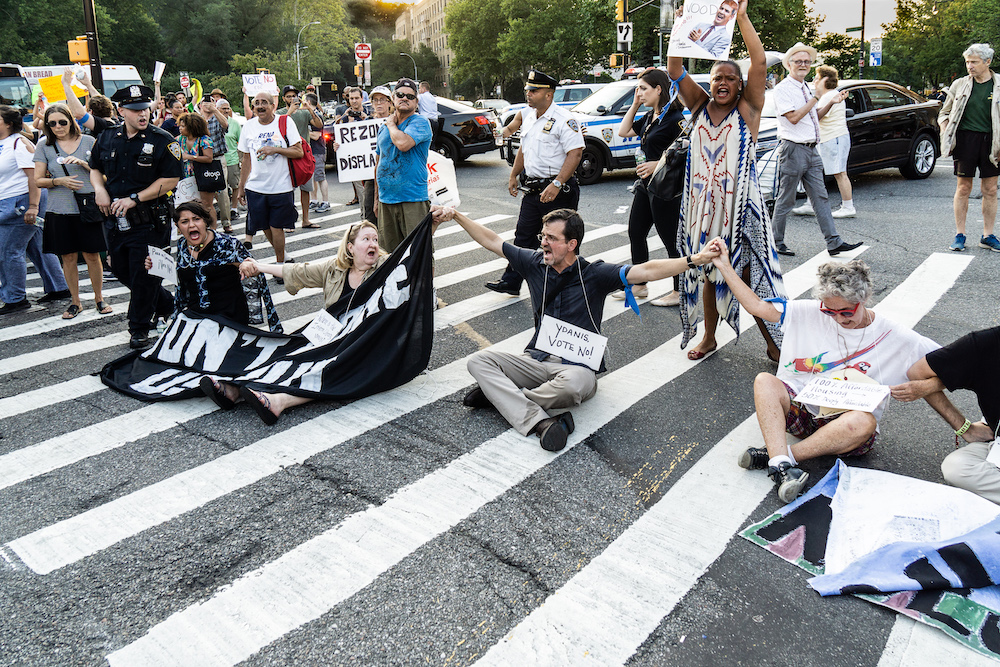 Demonstrators sitting down and blocking traffic at the intersection of Dyckman and Broadway before police began arresting them. August 2018. Photo by Denise Rickles, Northern Manhattan is Not for Sale / Alto Manhattan No Se Vende 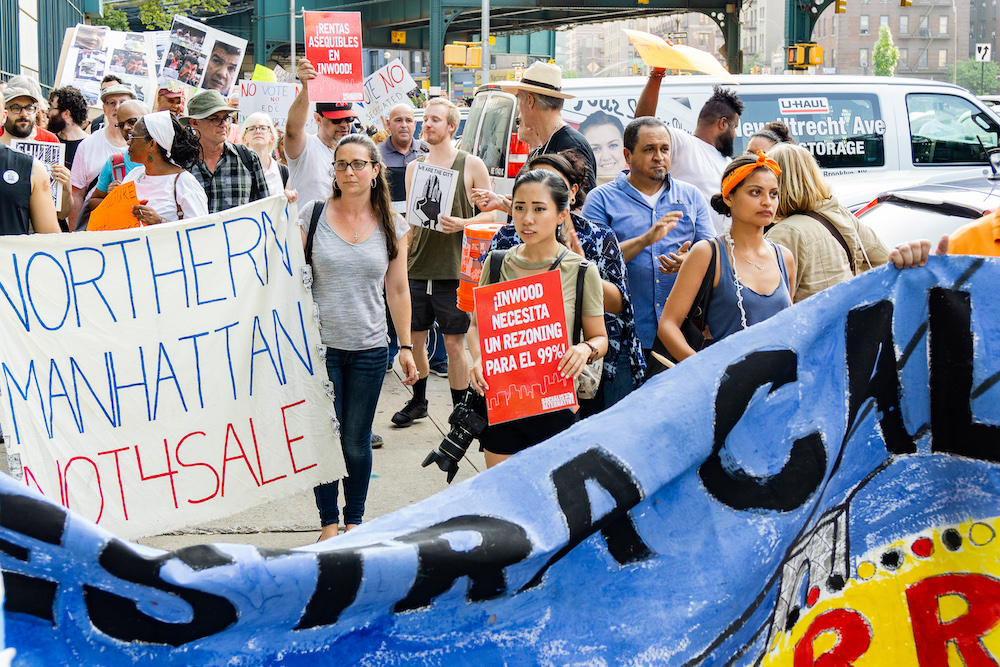 Despite the outcry, the City Council approved the rezoning plan in 2018. Activists then filed suit against the city to annul it (Northern Manhattan Is Not For Sale vs. The City of New York), winning on account that the approved plan failed to adequately assess how Inwood residents and business owners of color would be impacted, as well as the environmental consequences. However, the City appealed the decision and was allowed to proceed with the Inwood Rezoning in 2020. Activists continued to fight under the banner of the Racial Impact Study Coalition, and in June 2021 they successfully lobbied for new legislation which makes data on race and displacement a formal part of NYC’s land use review process for rezonings.

“Rezonings affect the character of our neighborhoods and determine who does, and who doesn’t live in them, but we are the last to learn about planned changes, usually only when we are asked to support the changes. We are almost never provided with the crucial information we need to understand how we will be affected. Int. 1572-B acknowledges that rezonings almost always have profound racial impacts, and requires land use action applicants to make public the data and analysis that assesses the influence of a rezoning on underlying racial disparities and other inequalities.”